I wish Ray Kurzweil would cease his waffling about a supposed “double-edged sword.” It's a silly notion he utters in almost every interview.

Technology isn't a doubled-edged sword. At worst it is a 99% good sword and tiny 1% bad sword. Doubled-edged implies a 50/50 harm/goodness.

How often do you cut your fingers when using a sharp knife? I rarely cut my fingers. Perhaps on one occasion in every hundred I will cut my finger when using a knife, which is a generous pandering to Ray's unfounded fears regarding possible threats from technology. In actuality, from my viewpoint, the bad from technology is considerably less than 1%.

Statistically there are fatal car crashes happening all the time, but the chance of you being in a fatal crash is very slim. Existential risk is certainly not a double-edged fifty-fifty scenario. This very low car crash risk is the same for all technology; furthermore, risk is continually being reduced because technology is improving. Technology is simply becoming smarter.

What will the supposed double-edge be when self-driving cars drastically reduce traffic fatalities? There will be no double-edge because risk is not increasing. Risk is decreasing.

Ray said: “Technology has been a double-edged sword since fire kept us warm but burned down our villages.”

The reference to villages burning down highlights the anachronistic unreality of Ray's views applied to modern life.

How many times have you burned down your village? Have you ever burned down your house? House fires happen, but they're very uncommon in the circles I move in. I've never met anyone who suffered their house or village burning down.

The idea of villages burning down is the essence of bogus AI-fear, or synbio-biotech hysteria. No village is going to burn down. Yes Ray is being metaphoric, but neither will there be a new world war or massive terrorist destruction of the world as portrayed by fear mongers Alex Jones and Max Keiser types. 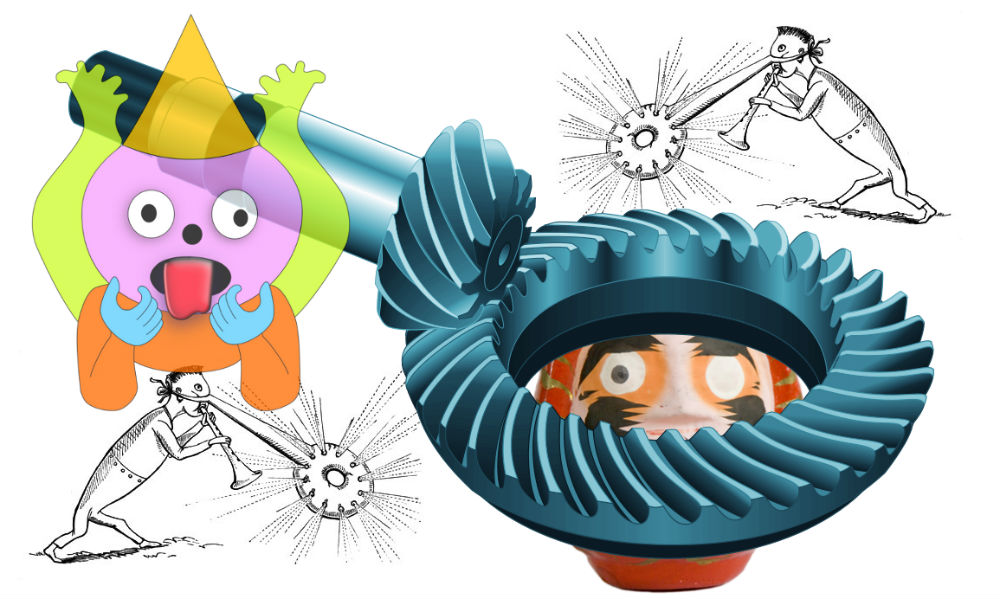 Ray's double-edged sword refers to bio-terrorists modifying a flu virus to create a WMD. Perhaps it is similar to the Swine Flu hysteria a few years ago or the Ebola epidemic where people assumed the end of the world was coming?

Terrorists are utterly insignificant compared to roughly half a million yearly cancer deaths in the USA. In the UK 161,823 people died from cancer in 2012, according to Cancer Research UK. You are more likely to be killed by lightning, or win the lottery, than die from terrorism.

While Ray does get many things right, he is far from perfect. Perhaps his imperfectness is something he subconsciously desires. He often states he is not a utopian. The power of the self-fulfilling prophecy should not be underestimated.

Ray previously stated biology is now an information technology growing exponentially. Furthermore, he mentioned that scarcity causes conflict and admits scarcity is being eroded regarding info-tech. The contradiction in Ray's thinking is clear. If biology is info-tech growing exponentially, reducing scarcity thereby reducing conflict, why does he think “bio-terror” is an increased risk?

Think about what Ray stated on those various occasions.

Scarcity causes conflict, which Ray grew-up with, whereas information is rapidly moving away from scarcity. Biology is an information technology, thus subject to the same scarcity-reducing exponential growth. It seems clear Ray does, at least subconsciously, see how bio-terrorists must be reducing and NOT increasing risk?

For years Ray warned us about bio-terror, but the supposed bio-terrorists haven't risen to his challenge. Perhaps one day Ray's self-fulfilling prophecy will win through and the bio-terror filled predictions will materialize. In the meantime, I intelligently focus on utopia.

Let's face our dawning utopian reality. There is no threat from village-burning keyboards, or display screens cutting off our fingers. Similarly unfriendly AI, or bio-terror, is comparable to historic anti-train propaganda, which stated locomotive travel at the high speed of 20mph could cause people to disintegrate or asphyxiate along with blighting crops. Historically, it was stated women travelling on trains at 50mph would suffer their uteruses flying out of their bodies.

The main risk, likely to disastrously threaten our progress, is the sometimes painful absurdity of Kurzweil, MIRI, FLI, Hawking, or other fearful scaremongers.

Scarcity of intelligence is the only problem. Limits upon information-technology are the only danger. Absurd critics sadly link rapid growth in biology or AI to great peril.

This absurdity relates to approximately 100,000 daily deaths regarding age-related disease. Sufficiently advanced AI will certainly cure all disease, along with ending aging. These irrational fears could delay AI progress in medicine, which will likely cause needless deaths. Intelligently examining and discussing these technologies that will move us forward to utopia is essential and should not be overlooked. However, in order to stay on track to the estimated 2045 Singularity moment, progress should not be impeded continuously.