What’s the next big thing in the world of social networking apps that you’ve probably never heard of? Take the looping function of Vine, add in some grainy, yet charming filters similar to those of Instagram, and toss in the pure magic of a moving Harry Potter photo. Combine these unique social networking elements and you’re left with: the recent app Phhhoto!

The origins of Phhhoto stem back to 2012. The app was invented by Omar Elsayed, Russell Armand, and Champ Bennet, who are all part of the digital media agency called HyperHyper.

Phhhoto started out by using a photo booth style interface that was controlled by an iPad and some brilliant lighting. It allowed for party goers to stop by the ‘photo booth’ and take a series of photos that in turn made a GIF that loops back and forth continually. This Phhhoto interface was a huge success, but one question resounded with all of its early users: “Why isn’t this a downloadable app?”

So shortly after the initial ‘party favor’ buzz of Phhhoto, the app was born. 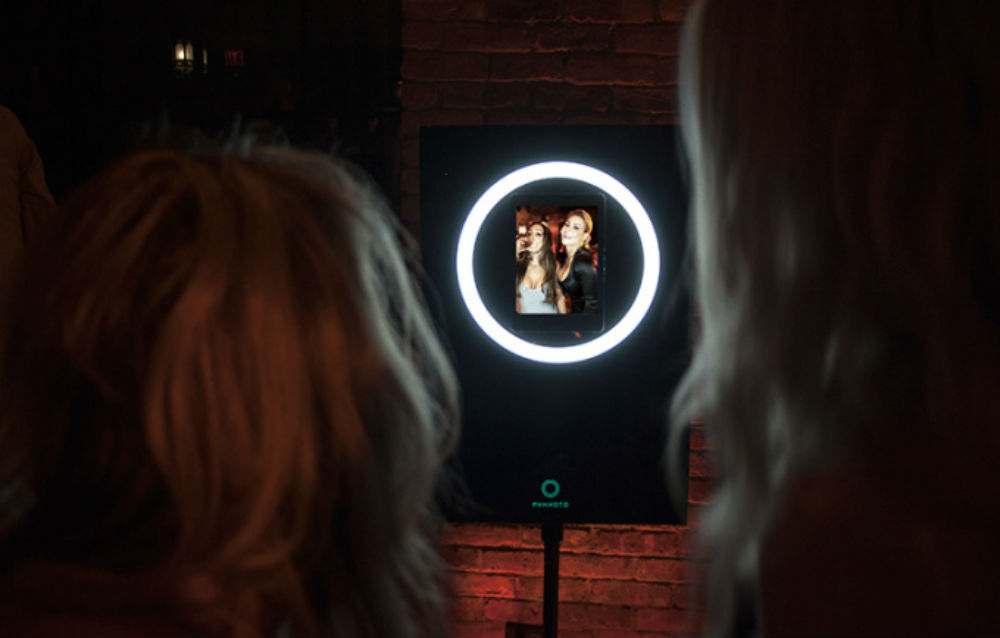 The original Phhhoto Pro party favor. Image courtesy of techcrunch.com
The best way to comprehend the wonders of a Phhhoto looping gif, is to simply see one. Here’s a Phhhoto from one of my good friends personal account (user @MATTHHEW).

Social media applications can and should be measurable. In the case of the new smartphone app, Phhhoto, those measures of success are progressively growing to be in their favor. The number of users for the app recently hit the one million mark. This is huge news for such a fresh startup.

Launching a startup in the social networking niche is something that shows a great deal of promise. Search and social related apps are the most frequently used apps out there. People spend more time on these types of apps than any other. A solid idea, and a genuine drive can get you a long ways if you wish to create something in this technology niche.

Take Apple, for example. One of the world’s most recognizable and successful brands started in 1976 as a little seed of an idea. Apple was formulated in a garage of all places. In fact, 2 out of 10 top tech companies were founded in garages.

If these top tech companies can work their way from the ground up in some very down-to-Earth locations, what makes your startup idea any less valid? Your business goals are attainable, despite being highly educated or not. Let your own motivation and desire push your ideas upward, and you might be in the same shoes as Elsayed, Armand, and Bennet sooner than you think.

Phhhoto is well on its way to social app stardome. And with the release of Phhhoto on Android in the near future, Instagram may see its first legitimate competition.

*Check out the #WOW sectioin