If you’ve ever been to a music concert, it’s likely you have seen someone wearing earplugs before. You may have thought to yourself, “I wonder if they can even hear the music” or “They definitely are not hearing the music like I am.”

Whether or not those humans were more intelligent or had just heard that loud noises can damage your hearing permanently, they were right in their choice. Noise-induced hearing loss (NIHL) is incredibly common and each time you attend an event with loud sounds, you are putting your hearing at risk.

So what exactly is NIHL? The National Institute on Deafness and Other Communication Disorders describes it as:

...sounds can be harmful when they are too loud, even for a brief time, or when they are both loud and long-lasting. These sounds can damage sensitive structures in the inner ear and cause noise-induced hearing loss (NIHL). NIHL can be immediate or it can take a long time to be noticeable. It can be temporary or permanent, and it can affect one ear or both ears. Even if you can’t tell that you are damaging your hearing, you could have trouble hearing in the future, such as not being able to understand other people when they talk, especially on the phone or in a noisy room. Regardless of how it might affect you, one thing is certain: noise-induced hearing loss is something you can prevent.

The length of time you are around the sound as well as how close you are to the source will increase or decrease the hearing loss accordingly. The World Health Organization released a report last year stating that 1.1 billion people are at risk of hearing loss. Sounds below 75 decibels are deemed safe for extended periods of time whereas above 85 decibels for “long or repeated exposure”, can cause hearing loss. To put this into perspective, see chart below. 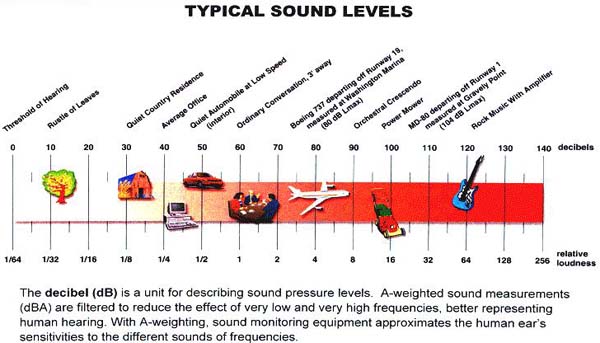 So simply put, yes you should be protecting your ears. Especially since NIHL is permanent and currently irreversible. There is hope for gene therapy to help combat this as multiple organizations, such as Stanford, are working on research.

At one of the first festivals I went to, I recall really enjoying the vibrations coming from the massive speakers and decided that was where I’d like to spend my time. Unfortunately, the next week I had a terrible case of tinnitus. It is most commonly described as the "ringing in the ears" sensation that is incredibly annoying, but can also be explained as the "perception of sound when no actual external noise is present." Some people affected by it also report hearing clicking, whistling, swooshing, buzzing, hissing, and strangely enough, music.

If you are consistently around loud noises without ear protection, your are likely to get permanent and irreversible damage per a study published in the Environmental Science and Technology journal.

By now, you have probably concluded you need some sort of protection for your ears next time you go to a concert, sports event, bar, or wherever you know it’ll be loud. So now what should you do? Buy some earplugs, earmuffs, etc.?

Earplugs plainly suck for music concerts or any activity in which you are trying to hear the actual loud noises well. After my tinnitus episode, a friend gave me earplugs to wear and I ended up taking them out because the music sounded distorted and muffled. Nonetheless, they are inexpensive and get the job done.

Earmuffs or earpro as some would say, will definitely do the best job in blocking out loud sounds and protecting your ears. However, this isn’t something you really want to be carrying around or wearing for that matter. You’d typically find someone wearing these at a gun range or on a construction site.

Vibes. These unique high fidelity earplugs can give the listener a 22 dB sound reduction to let them decrease their chance of getting NIHL while delivering incredible sound. This new concept will let you safely hear your favorite band play due to its “filter(s) specific frequencies to deliver the best possible listening experience and sound quality right to your ear.”

Vibes automatically adjusts decibel levels equally from treble to bass through the novel sound tube and sound-enhancing acoustic filters inside.

The creator, Jackson Mann, told me that he hopes to bring awareness to the bigger picture of hearing loss through Vibes.

“Our goal with Vibes is to offer a product that bridges the gap between sacrificing hearing health for sound quality, something most people don't realize exists. In doing so, we want to educate the market and bring awareness to the larger issue of hearing health during live entertainment. Similar to concussions in football, we feel that hearing damage at concerts is a large scale issue that is yet to be properly discussed or solved.”

They’ve partnered with the Hear The World foundation to help give back by helping to fund surgeries, provide hearing aids, and education to those in need around the world. Nonetheless, he does hope that they will be able to also “revolutionize the live-sound experience with Vibes.”

After learning about what this item could do, I assumed a steep price would follow suit. At $23.99, these are incredibly affordable given that your sense of hearing is kind of important. I had to give them a test run.

I decided the One Love Cali Reggae Fest would be a great place to give these a shot.

As I was walking up to the venue, I easily slipped them into my ears wanting the entire experience to be under the influence of Vibes. They were comfortable and instantly made me feel like I just stepped into a dulled down audial version of life.

It took around 10 minutes for my body to equalize the effects of the hi-fi earplugs. After the initial subdued audio experience of hearing your voice within your head, I realized the music was no longer infused with the chatter and drunken screams of revelers. My eardrums were transported to the dub vibes and melodies of Tribal Seeds.

After conquering the sweet spot in front of house (FOH, where the audio technicians sit), I could truly enjoy the incredible effect Vibes was having on my live music experience. Even though it is a softer sound experience compared to what everyone else is hearing (as they all get tinnitus), the sounds still come in clear and discernible. It was easy to focus on conversations with others and it was almost as if there wasn’t a blaring concert going on in the background.

I took them out at one point to hear what everyone else was hearing and it blew me away how loud the music really was. I was glad I had Vibes protecting my hearing.

However, I felt that people around me assumed I was an undercover agent because of the stealthy earpieces I was wearing and lack of rasta clothing.

Nonetheless, audiophiles may be left wanting more audio spectrum. The hi-fidelity aspect that this component gives the user, could have greater range of frequency and more treble. However, the average user probably won't be as particular as I am. If they are, they may have already invested hundreds of dollars and trips to an audiologist for custom plugs.

Ear-tips affect the sound quality if too large and can give a "plugged" feeling or "hearing your own voice" side effect. This is due to the lack of air entering the ear canal which is why you get that feeling when you are underwater. There are three different sizes of ear-tips that come with Vibes and I probably should've tried the smallest tip to see how it affected my experience.

Maybe a 2.0 version will enable the user to uniquely tune their Vibes accordingly? We will have to wait and see...

After experiencing Vibes, I’m definitely going to wear these futuristic looking hi-fi earplugs again at the next concert. I believe this is the first product that truly brings the user an unparalleled auditory experience while keeping their hearing safe. Check em’ out and let us know what you think! 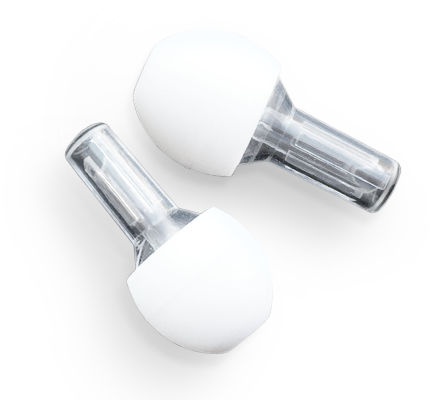