On a regular day, I wake up, put on my VR goggles, then I check my friends’ Snapchats. Snapchat has moved on from old-school 'smartphones' to VR. Now we watch our friends’ Snaps in 360° video as if we were looking at the world through their eyes. All the celebrities I follow vie for attention with full vlog episodes of days in their lives, but I'm pretty sure most of them are faking it. I heard a rumour that most of them just employ people to film interesting videos of a lavish lifestyle for the attention and then claim it's coming from their goggles.

I know, It's probably super weird for you guys to hear this, but Kanye West is one of the most popular vloggers in the world right now. He's actually grown sick of his egotistic personality and now he strives for realism and honesty in his vlogs. I usually follow through Kanye's day, as he spends the weekend with young 13 year old North West and speaks maturely and candidly about his divorce with Kim and why you should always get a prenuptial agreement.

After I've caught up with everything in my feed, I log in to school via my goggles and get all my work done. I feel bad for kids with traditional parents, who have to actually physically go to school, rather than just logging in with their goggles. Once finished, I usually log in to Facebook, which these days, features a virtual world where you can socialise with others and play VR games. Hackers keep screwing with the physics, so it's a bit glitchy at times. But when it works, it's actually really fun and I've met some of my closest friends through Facebook VR.

To chill out, I like watching new release movies on Netflix. Netflix has decimated the movie theatre industry with Netflix Cinema - a subscription service that gives you access to watch the newest movies in a virtual reality cinema. In Netflix Cinema, you can view the movie on a big virtual screen in your goggles, you can pause the movie whenever you want, and after watching it, you can talk in a virtual reality room to other people around the world that just watched the same movie. Ten years ago, most people would've been too socially introverted to talk to any random person at the cinema about a movie. Given the anonymity provided by VR and the fact you can just exit out of the cinema app whenever you want, it's easy to talk face-to-face to like-minded people and make friends through VR social apps.

It's annoying to hear my parents talk about VR ruining the social lives of kids today simply because we stay inside nearly every day with our headsets on. Like seriously, Dad was born in the 80's, before the INTERNET even existed. He's a dinosaur. Plus, his generation just sends messages with written text and pictures using different retro touchscreens and computers. How anti-social and impersonal is that? At least with VR, we actually have real conversations.

Since One Direction got back together, my little sister has been watching their music videos non-stop. Some of the immersion in VR music videos is kinda weird to me, but she loves it. She loves the way they make it feel like they are singing directly to her. I find it super creepy. Those dudes are getting to be a little too old to sing like that to my little sister...

I also like tuning into Periscope to watch one of the many live vloggers that let us follow them through every second of every day. It's interesting seeing life from the perspective of another person. My parents think it's weird to watch an unedited stream of someone's life, but I find the voyeurism and the immersion in someone else's life really engaging. Plus, it's cool how the most popular vlog streamers just wake up and walk through life being able to do whatever they want. Companies literally give them everything for free, just so the vlogger uses the company’s products and services in their stream in front of their millions of followers. I really want to be a live vlogger when I finish school.

After a long day, I often order pizza with the Domino's VR app. It's kind-of gimmicky with the way I need to swipe through the pizzas in front of a virtual pizza oven and how I'm meant to physically add each ingredient I want with the VR pizza creator, but when they send out the pizza delivery drone to the house, I like the way I can view the 360° video feed from the drone as it flies here. I think that's really cool. 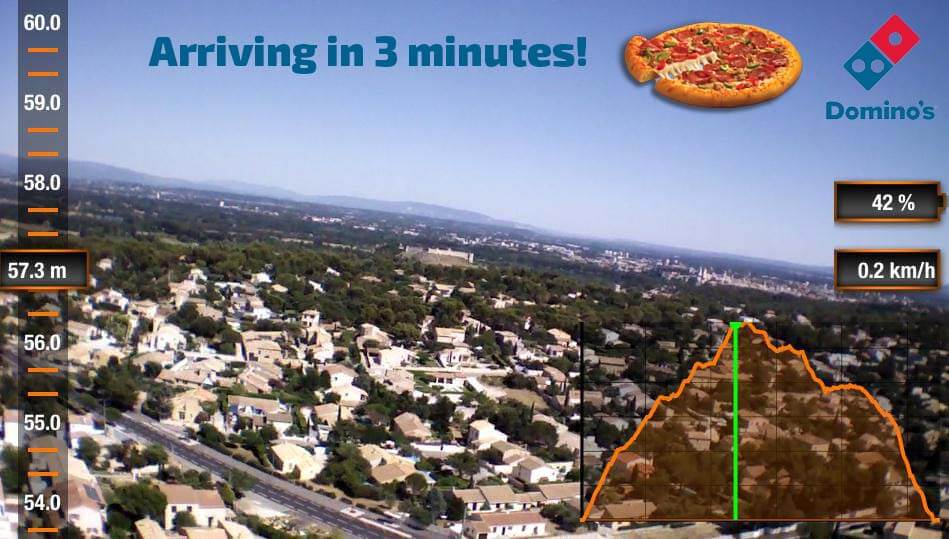 When having a shower, that's when I usually take my goggles off and start looking at the 'real world'. I used to keep my VR goggles on when having a shower so I could keep watching live AMAs on Reddit while getting ready for bed. However, I've heard way too many horror stories of hackers being able to see my goggles VR video feed without me knowing, so now I just don't take them in the shower or toilet at all.

Virtual reality has brought on the biggest social change since the Internet. It really is funny how people used to think it was just a passing fad. I guess a lot can change in 10 years and everything really is much clearer in retrospect.

I wrote this with the initial intention of making an animation of it for my YouTube channel. I'm not too good with animation, so if you liked this little brain dump on what it's like to live with VR in 2026 and you're into animation, send me a message and perhaps we can make a video for it :)