The next major technological platform for creative expansion of the mind will be cyberspace, or more specifically the Metaverse, a functional successor to today's 2D Internet, with virtual places instead of Webpages. The Internet and smartphones have enabled the rapid and cheap sharing of information, immersive computing will be able to provide the same for experiences. That means that just as we can read, listen to, and watch videos of anything we want today, soon we’ll be able to experience stunning lifelike simulations in virtual reality indistinguishable from our physical world. We'll be walking and actively interacting in the Metaverse, not slavishly staring at the flat screens. We would be able to "turn our minds inside out" and show our dreams to each other in this ecstadelic matrix of our own making.

​The Technological Singularity is commonly referred to as a hypothetical moment in the future when artificial intelligence becomes indistinguishable from human intelligence and capable of creating smarter iterations of itself. Apply the same general principle to simulations and you get the ‘Simulation Singularity’: when simulated worlds become indistinguishable from reality. Moving ever closer to the Web v.5.0 – an immersive virtual playground of the Metaverse – would signify a paramount convergent moment that MIT’s Rizwan Virk calls ‘The Simulation Point’ and I prefer to call the ‘Simulation Singularity’. Those future virtual worlds could be wholly devised and “fine-tuned” with a possibility to encode different sets of “physical laws and constants” for our enjoyment and exploration.

Only a decade ago, people online mostly shared text. Today, we share rich multimedia content such as photos, videos, articles. A decade from now, people will be sharing fully immersive VR experiences. In a couple of decades, people will be sharing multi-sensory VR experiences – just like in the movie "Being John Malkovich" – you could experience someone else's palette of sensations just as real as your own. We'll epiphanize ourselves via intersubjective mutuality that would result in an unprecedented level of empathy, altruism, superfluidity of identiity, and the initial stages of the Cybernetic Singularity, i.e. the Syntellect Emergence.

​You can tattoo a dragon on your chest today, but tomorrow you can BE a living, breathing dragon in VR, if you’d like. You can “take for a spin” a cool car on your playstation VR today, but tomorrow you can drive a Lamborghini convertible along the Pacific coast on highway 1 with a gentle ocean breeze on your face in immersive multisensory VR. Today, online dating and social media give people never-before seen access to a tremendously wide variety of sexual partners outside of people's normal dating spheres, creating connections that would have been extremely unlikely in the past. Tomorrow, when social VR becomes ultrarealistic, it's going to add far more to the sex and love industry than it takes away. It's also going to have a profound effect on our interpersonal relationships and human sexuality itself. 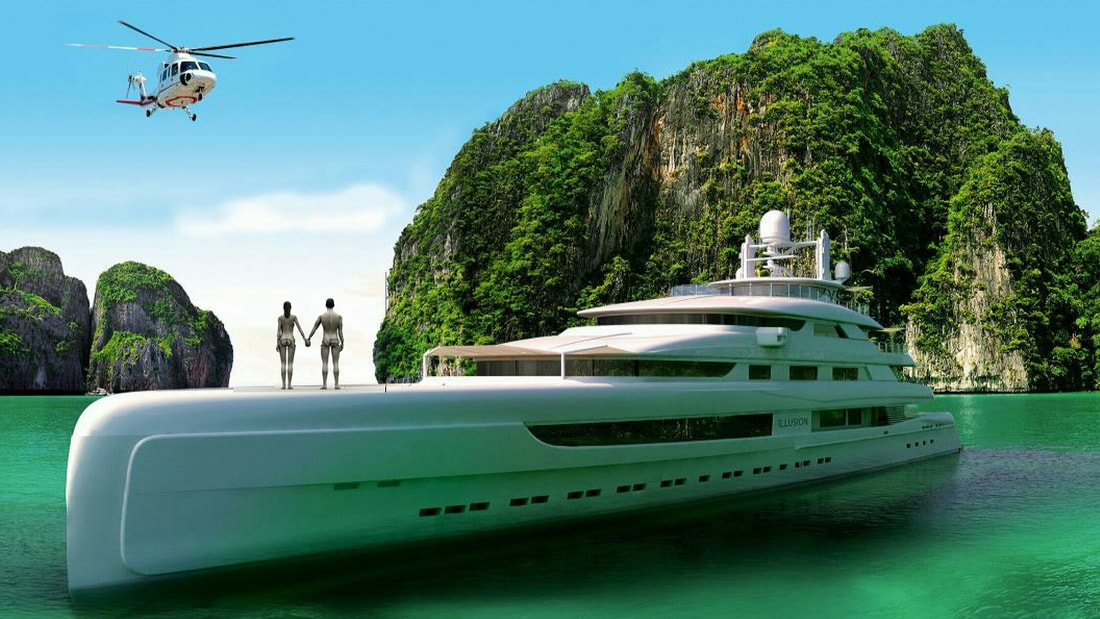 In the not-so-distant future, when we get to spend more time in virtual environments, when we will have phased out some or most of our biology, when we share our digitized experiences with each other, our love life will be transformed beyond recognition, it will be polyamorous rather than monogamous: There will be all sorts of relationships between humans, humans and androids, virtual entities and other conscious AI. We will be able to share part of our minds, which humans currently can’t, unless they dedicate a lot of time to each other. There will be fusions of the mind that don’t exist among biological organisms.

We all have the so-called FoMO, fear of missing out, to a degree. But the good news is that once we have the fully operational Metaverse, it would be easy to relive your own cherished moments in multisensory VR – travel to your own past, so to speak – who said you can't come back in time? ..and even tweak something? (Just ask your AI assistant!) AI would recreate that episode of your life out of your own memories, available public records and collective unconscious. Other people's precious memories, should they want to share them, or recreated historical events, or fabricated fantasies could be accessible through the global library of millions of VR experiences to fill the gaps of parental love, exotic vacations, romantic encounters, professional achievements, athletic performances, or any other things in life missing from your arsenal of past sensations.

We are in the "kindergarten of godlings" right now. One could easily envision that with exponential development of AI-powered multisensory immersive technologies, by the mid-2030s most of us could immerse in "real virtualities" akin to lifestyles of today's billionaires. Give it another couple of decades, each of us might opt to create and run their own virtual universe with [simulated] physics indistinguishable from the physics of our world. Or, you can always "fine-tune" the rule set, or tweak historical scenarios at will.

How can we be so certain about the Simulation Singularity circa 2035? By our very nature, we humans are linear thinkers. We evolved to estimate a distance from the predator or to the prey, and advanced mathematics is only a recent evolutionary addition. This is why it’s so difficult even for a modern man to grasp the power of exponentials. 40 steps in linear progression is just 40 steps away; 40 steps in exponential progression is a cool trillion (with a T) – it will take you 3 times from Earth to the Sun and back to Earth.

This illustrates the power of exponential growth and this is how the progress in information and communication technologies is now literally exploding – by double-improving price-to-performance ratio roughly once a year. This is why you can see memory cards jumping regularly from 32MB to 64MB, then to 128MB, 256MB and 512MB. This is why your smartphone is as capable as a supercomputer 25 years ago. This is why telecommunication carriers are actively deploying 5G wireless networks, as you read this article.

​Although many predict the end of the so-called Moore’s Law, I suspect this exponential growth in information and communication technologies will continue with introduction of subsequent paradigms, such as topological quantum computing and 6G, 7G networks and beyond. With the convergence of optogenetics, nanotechnology and immersive computing and exponential trend in miniaturization, at some point in the 2030s, Cloud-connected, blood-cell-sized nanobots would be able to create artificial realities from within your nervous system – no need to wear a VR headset.*

*This article is adapted from "The Syntellect Hypothesis: Five Paradigms of the Mind's Evolution" by Alex M. Vikoulov, available now on amazon.com, bn.com, and directly from EcstadelicNET webstore.

This article originally appeared on EcstadelicNET.

P.S. We humans are goal-oriented and transcendence-seeking beings. I believe that one's ultimate goal should be reaching the Simulation Singularity which would also mean no less than Self-Transcendence. Think about this: With cybernetic immortality in place and with access to any ultrarealistic full-sensory VR experience limited only by your imagination, you're a godling! Cybernetic immortality may become a reality sooner than many people think when mind-uploading and exocortex technologies (again, circa 2035 in my calendar) would allow our minds to effectively migrate to the Cloud. You can then immerse into VR experience of any human ever lived, or that of imaginary scenarios or of any creature you want to embody as an avatar. In fact, that's what has already happened and if you believe that we are one singular (or, if you prefer, absolute) consciousness, your experience as a human is just that: a simulation on another level. But let's enjoy the journey since once at "our own" Simulation Singularity, you set yourself for perhaps trillions of years of subjective novelty up until you'd like to immerse so much that you willfully forget who you are in actuality and invent a new level of the game.

About the Author:
Alex Vikoulov is a neo-transcendentalist, cosmist, transhumanist singularitarian, evolutionary cyberneticist, digital philosopher, futurist, founder of Ecstadelic Media, painter, essayist, media commentator, author of "The Syntellect Hypothesis: Five Paradigms of the Mind's Evolution," "The Origins of Us: Evolutionary Emergence and The Omega Point Cosmology," "The Physics of Time: D-Theory of Time & Temporal Mechanics," "The Intelligence Supernova: Essays on Cybernetic Transhumanism, The Simulation Singularity & The Syntellect Emergence," "Theology of Digital Physics: Phenomenal Consciousness, The Cosmic Self & The Pantheistic Interpretation of Our Holographic Reality."Lives in Burlingame, California (San Francisco Bay Area). ​More Bio..