Research co-led by the University of Glasgow has made a potential breakthrough in the treatment of Alzheimer’s disease.

The study, led by scientists at the University of Glasgow and the Hong Kong University of Science and Technology (HKUST), has discovered that a protein called IL-33 can reverse Alzheimer’s disease-like pathology and cognitive decline in mice.

The research, which is published today in Proceedings of the National Academy of Sciences USA (PNAS), was co-led by Professor Eddy Liew from the University of Glasgow’s Institute of Infection, Immunity and Inflammation and Professor Nancy Ip of HKUST.

READ MORE ON UNIVERSITY OF GLASGOW

Alzheimer’s disease (AD) is a devastating condition with no known effective treatment. AD is characterized by memory loss as well as impaired locomotor ability, reasoning, and judgment. Emerging evidence suggests that the innate immune response plays a major role in the pathogenesis of AD. In AD, the accumulation of β-amyloid (Aβ) in the brain perturbs physiological functions of the brain, including synaptic and neuronal dysfunction, microglial activation, and neuronal loss. Serum levels of soluble ST2 (sST2), a decoy receptor for interleukin (IL)-33, increase in patients with mild cognitive impairment, suggesting that impaired IL-33/ST2 signaling may contribute to the pathogenesis of AD. Therefore, we investigated the potential therapeutic role of IL-33 in AD, using transgenic mouse models. Here we report that IL-33 administration reverses synaptic plasticity impairment and memory deficits in APP/PS1 mice. IL-33 administration reduces soluble Aβ levels and amyloid plaque deposition by promoting the recruitment and Aβ phagocytic activity of microglia; this is mediated by ST2/p38 signaling activation. Furthermore, IL-33 injection modulates the innate immune response by polarizing microglia/macrophages toward an antiinflammatory phenotype and reducing the expression of proinflammatory genes, including IL-1β, IL-6, and NLRP3, in the cortices of APP/PS1 mice. Collectively, our results demonstrate a potential therapeutic role for IL-33 in AD. 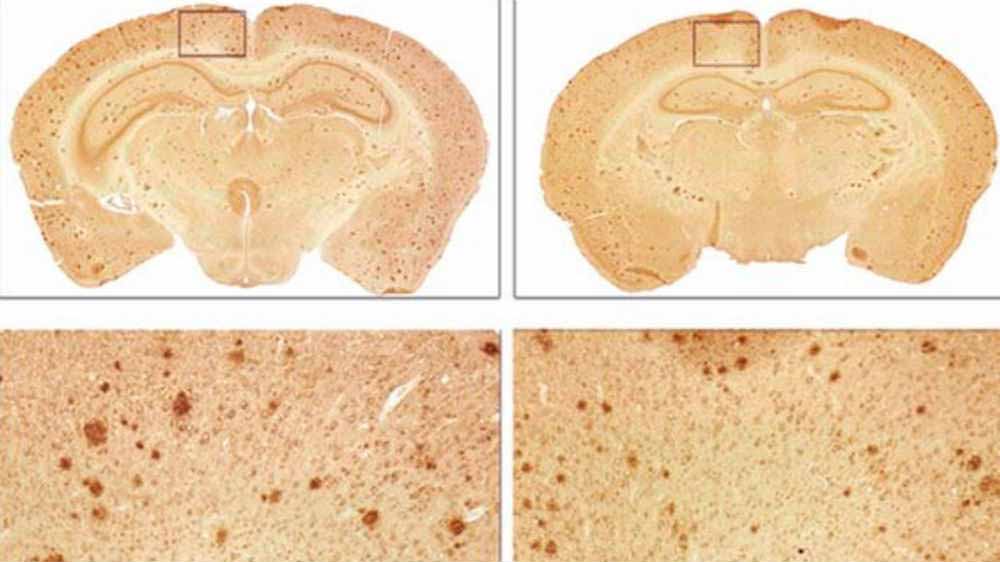