If U.S. economic growth falls any lower, we are officially going to be in recession territory. On Wednesday, we learned that U.S. GDP grew at a 0.2 percent annual rate in the first quarter of 2015. That was much lower than all of the “experts” were projecting. And of course there are all sorts of questions whether the GDP numbers the government feeds us are legitimate anyway.

According to John Williams of shadowstats.com, if honest numbers were used they would show that U.S. GDP growth has been continuously negative since 2005. But even if we consider the number that the government has given us to be the “real” number, it still shows that the U.S. economy has stalled out. It is almost as if we have hit a “turning point”, and there are many out there (including myself) who believe that the next major economic downturn is dead ahead.

As you will see in this article, a whole bunch of things are happening right now that we would expect to see if a recession was beginning. The following are 16 signs that the economy has stalled out and the next economic downturn is here…

1) We just learned that U.S. GDP grew at an anemic 0.2 percent annual rate during the first quarter of 2015…

The gross domestic product grew between January and March at an annualized rate of 0.2 percent, the U.S. Commerce Department said, adding to the picture of an economy braking sharply after accelerating for much of last year. The pace fell well shy of the 1 percent mark anticipated by analysts and marked the weakest quarter in a year.

2) If you strip a very unusual inventory buildup out of the GDP number, U.S. GDP would have actually fallen at a -2.5 percent annual rate during the first quarter…

The only good news: the massive inventory build, the largest since 2010, boosted GDP by nearly 3.0%. Without this epic stockpiling of non-farm inventory which will have to be liquidated at some point (and at a very low price) Q1 GDP would have been -2.5%.

3) Our trade deficit with the rest of the planet is absolutely killing our economic growth. According to the Reality Chek Blog, U.S. economic growth would have been a total of 8 percent higher since the end of the last recession if we actually had balanced trade with other nations…

As of the new first quarter figures, the worsening of the trade deficit has reduced the cumulative real growth of the U.S. economy by 7.99 percent since the current recovery began in the second quarter of 2009.

4) According to numbers that were just released by the Bureau of Labor Statistics, in one out of every five American families nobody has a job. So how in the world can the “unemployment rate” be sitting at “5.5 percent” when everyone is unemployed in 20 percent of all families in the United States? It doesn’t make any sense.

5) The rate of homeownership in the United States has just hit a brand new 25 year low. How can anyone claim that the middle class is “healthy” when the percentage of Americans that own a home is the lowest that it has been in more than two decades?

6) Back in 2013, 31 percent of all Americans said that they did not anticipate buying a home “for the foreseeable future”. Just two years later, that number has risen to 41 percent.

7) The student loan bubble is clearly bursting. According to Bloomberg, only 37 percent of all student loan borrowers are actually up to date on their payments and reducing their balances…

With borrowers increasingly struggling to repay their student loans, Moody’s Investors Service is warning it may take investors longer than promised to get their money back. The credit grader said this month it may lower rankings on $3 billion of top-rated debt as investors face the threat of slowing principal payments or even receiving no interest.

The concern underscores the fallout from a record $1.2 trillion in U.S. student loans that’s spreading to everything from the housing market and consumer spending to taxpayers. As a sluggish economic recovery forces borrowers to miss payments or tap relief programs, only 37 percent are current and reducing their balances, according to a Federal Reserve Bank of New York presentation this month.

8) Procter & Gamble has announced that it will be cutting up to 6,000 more jobs from their payroll. Why would they be doing this if the economy is “getting better”?

9) McDonald’s plans to permanently shut down 700 “poorly performing” restaurants over the course of 2015. Why would they be doing this if the economy is “getting better”?

10) It is being projected that half of all fracking companies in the United States will be either “dead or sold” by the end of 2015.

11) Retail sales in the U.S. have not dropped this rapidly since the last recession.

12) Wholesale sales in the U.S. have not dropped this rapidly since the last recession.

13) Factory orders in the U.S. have not dropped this rapidly since the last recession. 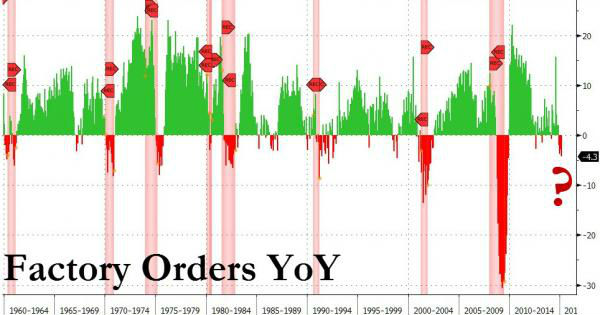 14) Credit requests are being declined at a rate that we haven’t seen since the last recession. 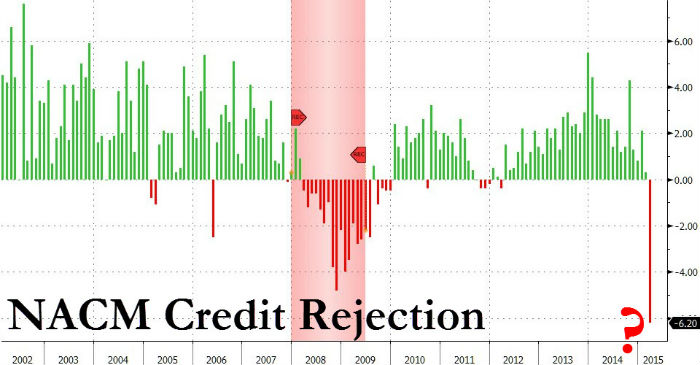 15) U.S. export growth has gone negative for the first time since the last recession. 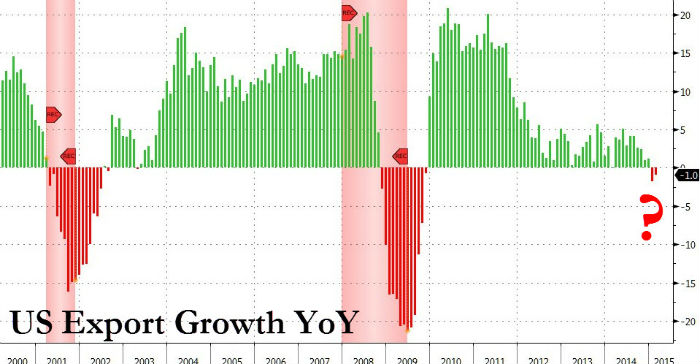 16) As the U.S. economy begins to head into another downturn, most Americans are completely unprepared for it. In fact, one recent survey discovered that 62 percent of all Americans are currently living paycheck to paycheck.

Don’t let this next recession take you by surprise.

Back in 2008 and 2009, millions of Americans suddenly lost their jobs or businesses because of the sharp economic downturn. Because most of them were living paycheck to paycheck, all of a sudden a whole lot of Americans could not make their mortgage payments and foreclosures surged to unprecedented heights. Millions of families that thought they were operating on a solid foundation saw their middle class lifestyles evaporate in just a matter of a few months.

That is why it is so vital to prepare yourself financially, mentally, emotionally, physically and spiritually for the great storm that is coming ahead of time. Over the past couple of years, I have been working on a new book entitled “Get Prepared Now” which talks about how to make these preparations. On Wednesday, it was finally released to the public. I hope that you will check it out.

The past few years have been a period of relative stability for the U.S. economy. A lot of people have been lulled into a false sense of security during that time. These people have become convinced that our problems have been fixed. But they haven’t been fixed at all. In fact, our problems are far, far worse than they were just prior to the last financial crisis.

Even though I write about all of the horrible things that are coming to this country every day, I live my life with no fear, and that is what I want for all of you as well.

Do you want to know who will be giving in to fear and panic when things start to go really crazy?

It will be the people that had no idea what was coming and made no preparations whatsoever.

Yes, the times ahead are going to be extremely challenging, but they can also be the best times of your life.

It is all going to come down to how you respond to a world that is going completely insane.

The choice is up to you.

This article may be re-posted in full with attribution.